This Mer-faerie, was captured on Venice Beach in January of 2009. She was captured hovering over a Drumming Circle I went to on a beautiful Sunday evening, she’s enjoying herself with many other individuals, both in the flesh and in spirit form. She has blonde hair, pale lime green skin, is wearing a figure hugging, emerald green dress, and has white energies radiating from the base of her feet.


These energies at her base gives her lower body a fish's tail like appearance. She has short auric wings emanating from around her shoulders, this auric quality can also be seen to be emanating around her head, where they produce the appearance of an auric crown been worn. As an ensouling force of Vencie Beach, she has attributes of both land and sea fearies. 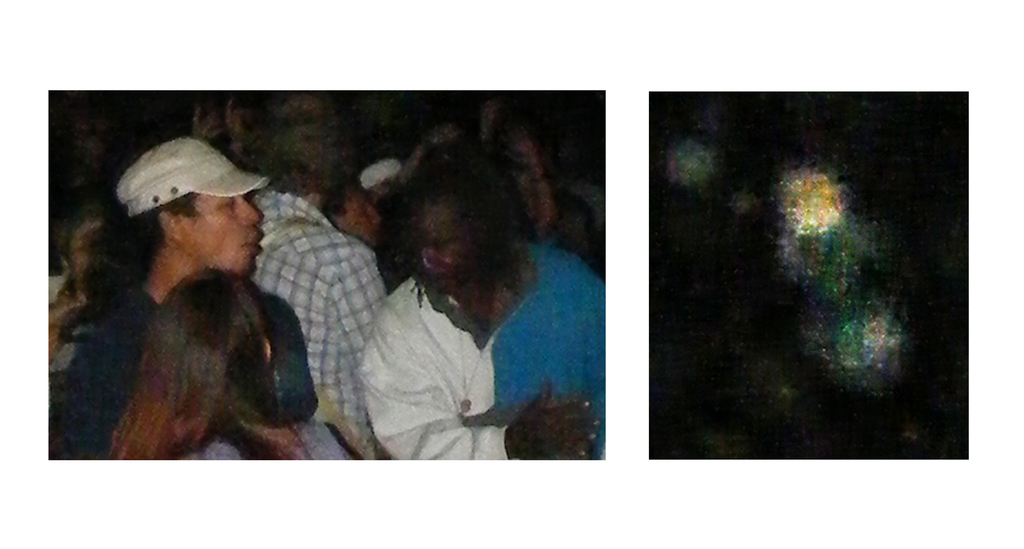 
A one-to-one comparison of the Mer-faerie, with the revellers from the Drumming Circle, compared from their heads downwards the Mer-faerie seems to reach the middle of their upper bodies near their solar plexus, which suggests that her size is approximately 18 inches to 2 feet tall. 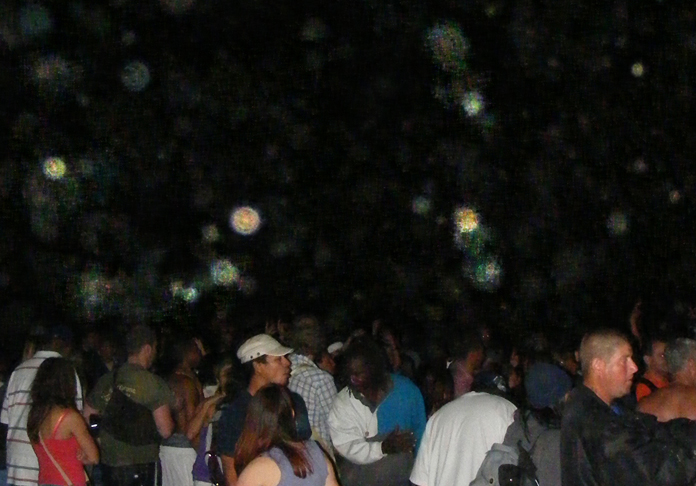 
Here you can see both spiritual and physical life forms interacting and enjoying the experience of the music and dance of the drumming circle on a late Sunday afternoon. The appearance of the mer-faerie here, is not the only interesting thing happening within this photograph. As you can see there is phenomena everywhere, and something particularly interesting is going on to the left of the photograph. In fact there as an elf emerging out of a mist using a revellers head as a stepping stone. I'll put a focus on him at some later date, he’s fabulous too. 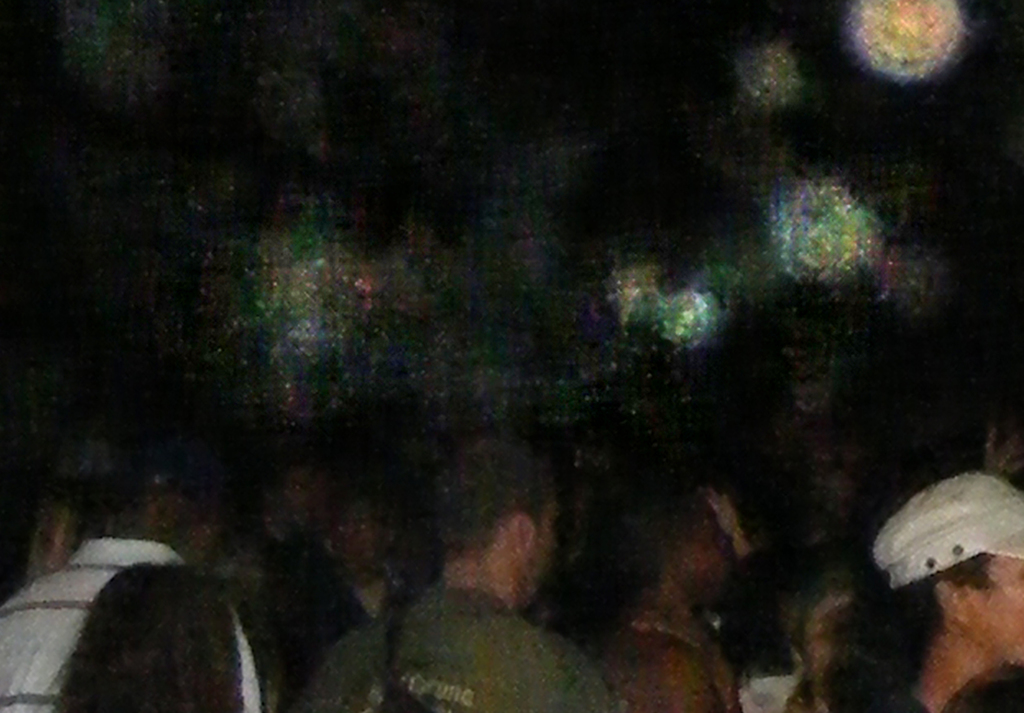 
And here he is. There is so much going on in this photograph, I must confess I didn’t notice his significance until sometime after comprehending the Mer-faerie. Unlike the Mer-faerie that is captured in the photograph in a fully etheric and strong fashion, the Leaping Elf by contrast has been captured in a less solid/opaque fashion, and is semi-transparent and appears as if built up of a kind of luminous mist. For this reason his appearance and actions are not as clear as the Mer-faerie in the centre of the photograph, but in every other way his presence is just as important and as illuminating.


The leaping Elf is almost the same size as the Mer-faerie, but slightly smaller about 14inches to 16inches in height. He is of a masculine appearance ( of course ) with a Black African countenance. He has a brown face and an afro. He is wearing a violet/blue garment with a collar cape reminiscent of Friar Tuck! He is also wearing reddish purple gloves and boots. He has two prominent wing shapes directly behind his back, as well as an auric wing form surrounding his form in a state of expansion.


He is working with two other faeries behind him that seem to be connected to a stream of energy he is generating as he leaps onto and off the unaware revellers head. The feeling I get of work these faerie are doing, is that they are generating a sense of euphoria and awareness of the specialness of the moment that they have created as a group, and every time he lands on a different person’s head, this understanding is felt within the psyche of the individual and reinforces the unity and energetic sense of the drumming circle. In this case, as below, so above.


This activity is important because it was the first time I recognised a stream of energy linking a group of faeries together that were manifesting in a figurative sense. I have since gone on to capture even more elaborate examples of multiple Light beings connected by streams of energy, I have dubbed this phenomena “chords”. This happened most noticeably at a spring time visit to Glasonbury, whilst on the Tor visiting a friend call Tor, it was as if the veil of Avalon itself lifted and out of St Michael’s tower emerged multiple streams of energy linked to dozens of Angels, some of whom were crowned and larger then human size, but that is another story!


You see in my experience, when I can grasp something in my mind, I find that the next time Spirit can give me even more of the same quality, even stronger. 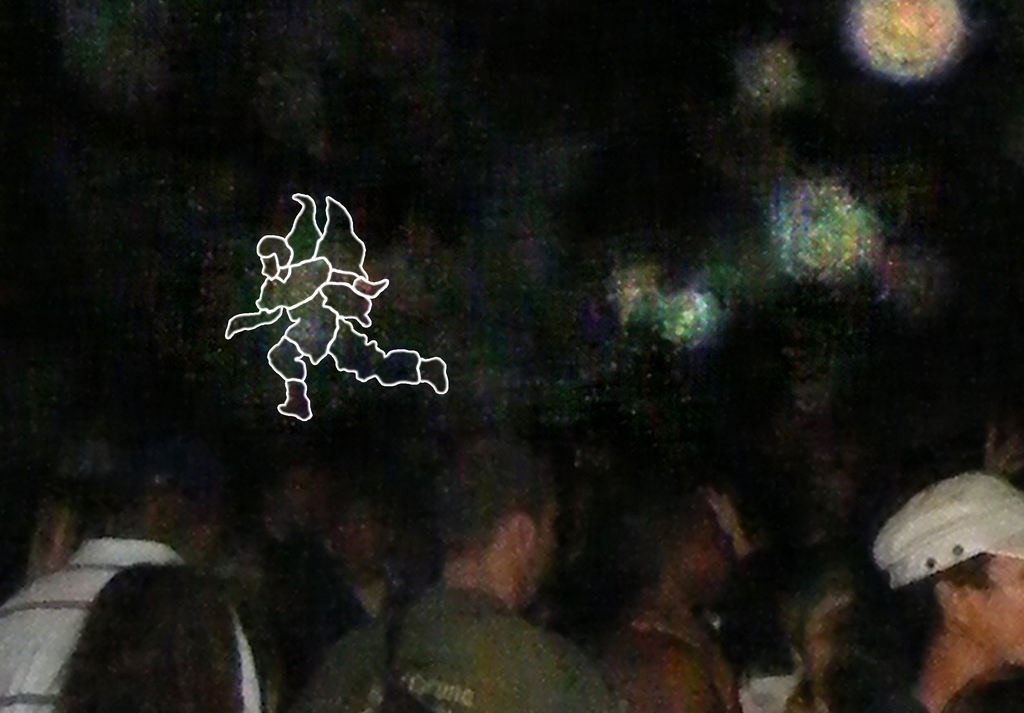 Here is the leading elf, leaping off the revellers head 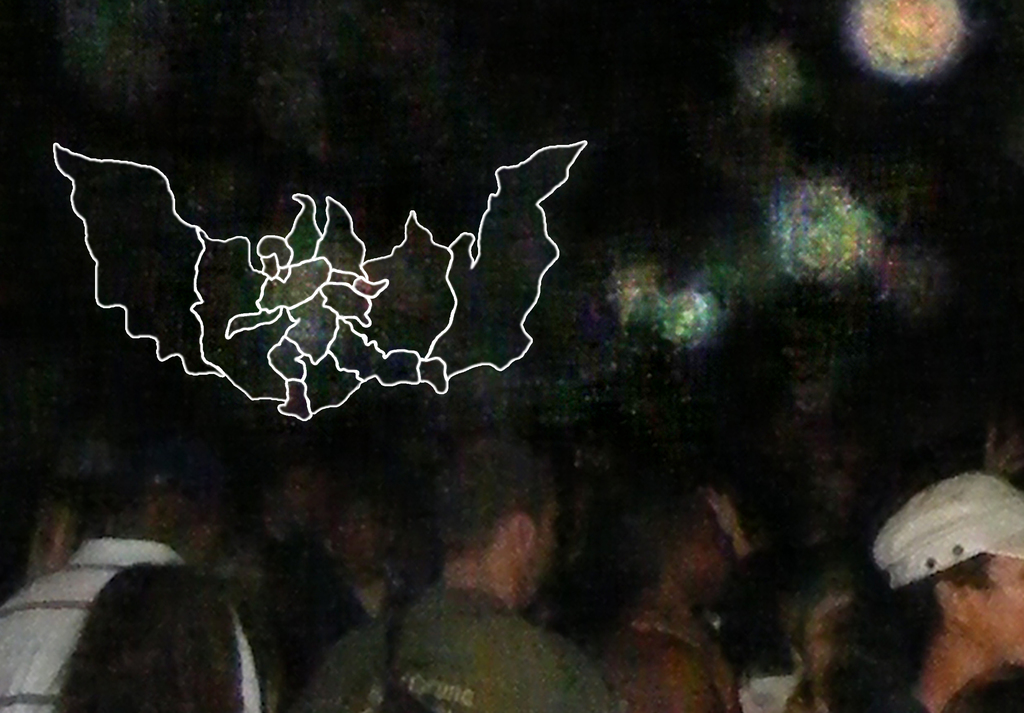 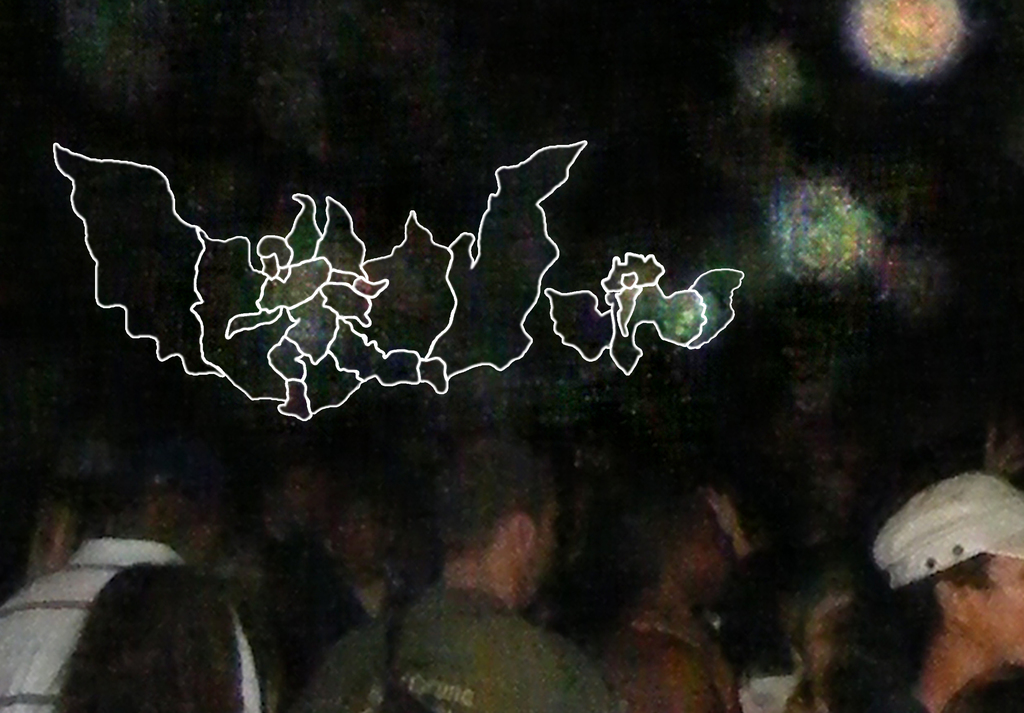 The Leaping Elf with the second faerie, note the second figure in the chord is similar to the main Mer-Faerie except is smaller in size and in contrast has her auric wings in a state of fluid expansion. 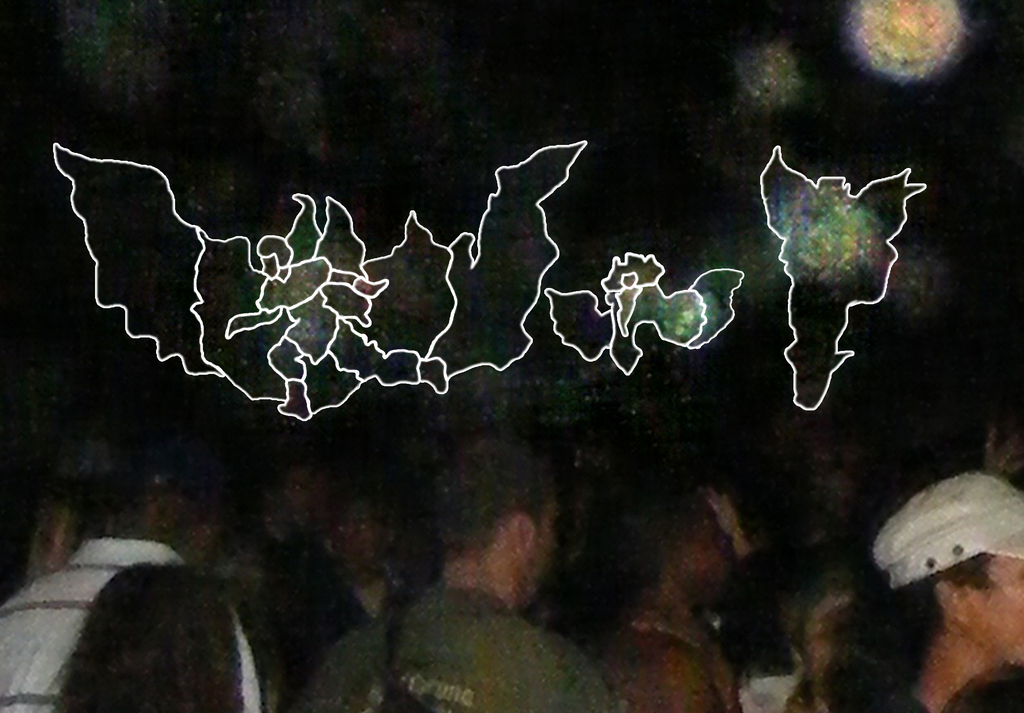 Here are all three Faeries 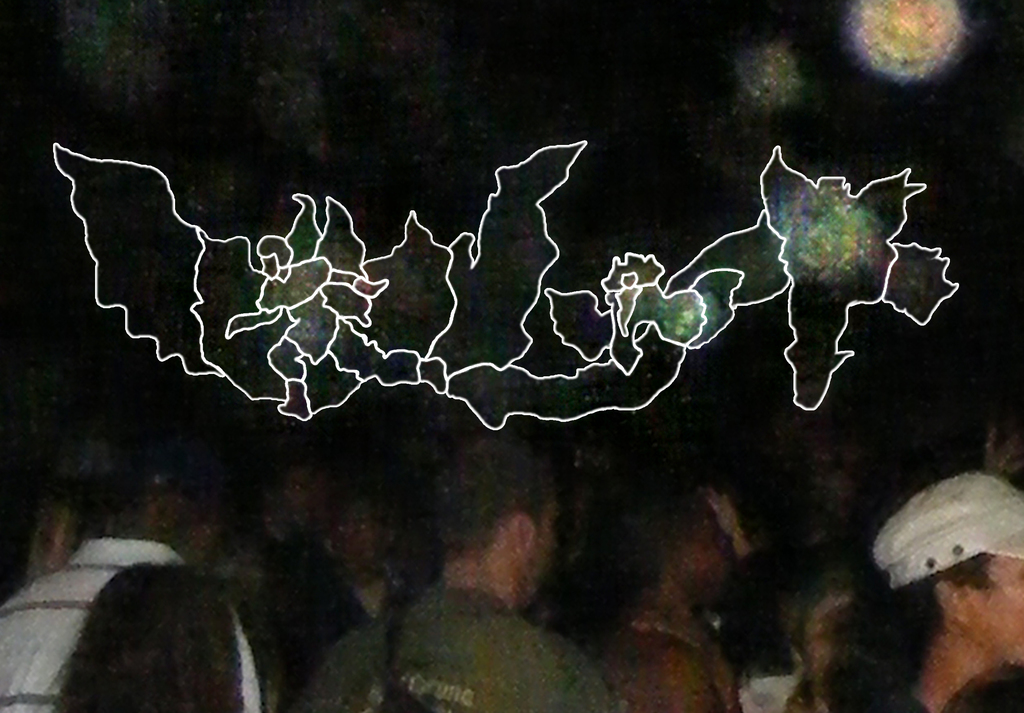 All three Faeries connected by an energy stream. To see Angels, Faeries and Devas connected by a stream of energy can be quite a sight. It can appear as if they are rolling out of “Spiritual Space” connected upon a flow of energy rather like an animated string of notes on a musical phrase. Truly magical!