Intrigued by the orb phenomena, whereby shapes usually spherical in nature, were captured on camera. I purchased a digital camera and found that I could record phenomena whilst I was taking pictures of the sunsets from my bedroom window. Curious as to what it was I was getting I began to investigate further. What or who was I capturing in my photographs? Were they Spirit Guides, Angels, discarnate souls, UFOs or simply something not supernatural at all? By asking the question who and what are you, whilst taking the photographs. I realised that they were answering my questions. I strongly believe they can be any of the above, but in my particular case, what I was in communication with were members of the angelic realm. .


The qualities I capture in my photographs bear an incredible resemblance to the illustrations featured in Geoffrey Hodson's book ‘Kingdom of the Gods’. Written in 1952, Kingdom of the Gods uses images painted in 1937, which described the Angels, Geoffrey Hodson communed with. Not only is there a correspondence with a source of angelic description that predates the era of the digital camera by many decades but I have also found that many clairvoyants recognized the many examples that I have as corresponding to the manifold ways in which they have seen and experienced the angelic realm. .


I firmly believe that there are many realms beyond the physical, and that communication with these realms is possible, of which these photographs are an example of that process of communication in action. In my case, specifically the angelic realm in the main. .


In this section, you will find examples of the different kinds of qualities I have captured through my camera. All of the manifold qualities I have photographed so far can be placed into three different categorizes. Firstly, traditional orb formations, secondly, energetic light forms and thirdly, figurative emanations. . 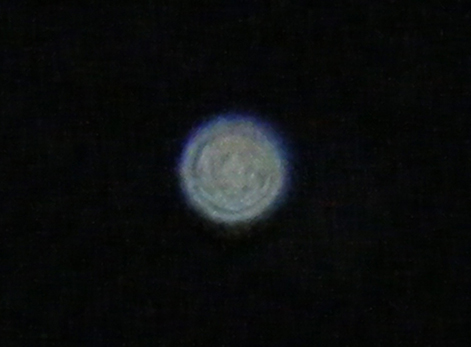 
These are geometric shapes, usually spherical or oval in nature. These forms can be captured in many different colours, any colour you can think of in fact. They can be semi transparent or fully opaque. They can also have beautiful and complex patterns within their forms, some resembling mandalas. . 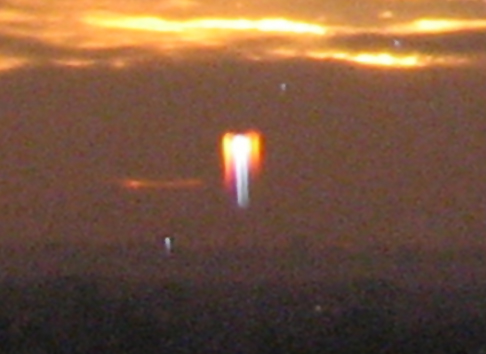 
These forms have complex, asymmetrical qualities, which tend to have the impression of a complete human form about them, often surrounded with auric energies taken on a wing like expression. Very often they come complete with a differentiated head and neck, on top of a well defined upper torso and lower limbs, with wings seemingly blowing in the wind. These forms are simple and easy to read, and are highly evocative of the form and shape of Angels in general. . 
These are qualities which have clear figurative qualities such as faces with expressions, bodies clothed with discernible attributes, such as hats, cloaks, dresses, gloves etc. They can come through as multicoloured forms surrounded by an aura of spectral light. .


On other occasions, the colour in the form has a more descriptive meaning, and describes the colour of the garments and the artefacts they have, as well as also describing the flesh tones of their skin. With highlights and shaded areas describing the features, clearly discernible in exposed regions of flesh. The figurative qualities can be so clear that even when surrounded by complex energies. The activities the Angels are performing can be clearly perceived. .


These qualities are more complicated then traditional orb forms or energetic light forms, and as such are a bit more challenging to comprehend, but as you adjust to them, you’ll find their intricacies richly rewarding. .


For this reason alongside some of the more complex phenomena, usually of a figurative type I have included a accompanying drawing alongside the photographs, in other cases it’s an outlined version of the same photograph, as a guide to show the viewer what it is I see in them. .


My criteria concerning my solutions


With such things, of course it is my own subjective interpretation of sometime that has been objectively recorded by one of my digital cameras, and I view what I illustrate in my drawings as solutions to describing the phenomena. The solutions I draw are what I consider to be primary qualities within the phenomena, I myself can sometimes see many different things within the one single image, however I have a criteria which I stick to, which has proved very useful, and that is that whatever I present in public, the solutions I provide for the phenomena has to describe clearly 80% to 100% of the total phenomena. .


If there is another form(s) which feels evocative of a face or something else, but only makes up 20% or 30% of the phenomena which cannot be reconciled with the other 80% to 70% of the phenomena, then I don’t view it as a solution to explaining the phenomena and don’t present it as such. That’s not to say that it may not be something that is being communicated by the phenomena or a second spirit or quality within the form, however it is unlikely to be primarily the phenomena communicating through the photograph. All of the solutions I present, explain and describe the complete form and shape of the phenomena. I take into account many other factors, such as colour, line and patterns and try to be as disciplined as possible about this work, but at the end of the day the proof is in the pudding, so to speak. So please feel free to take a look and explore my phenomena images and see what you make of the photographs for yourselves.